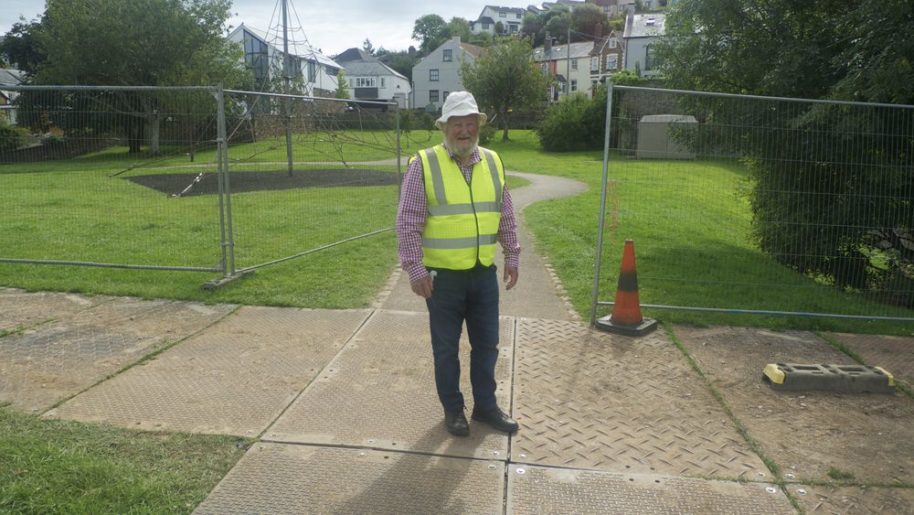 Tim on marshalling duties during the renewal of the green.

The Club was saddened on Monday to hear of the death of Club Secretary, Tim Lewis. He has been a member for 15 years and has gained the respect from all those who knew him. He has worked tirelessly for the club during a period when Town celebrated it’s Centenary in 2017 and also when the green had to be completely relaid in 2020. He was also a fine player and it is fitting that he skipped his rink to victory in his last match last week.

He was also a member  of South Milton Short Mat Club and Kingsbridge Indoor Bowling Club and he was also heavily involved in local politics with the Liberal Democrats.
He has left a large gap at the Club that can never be filled.
RIP Tim