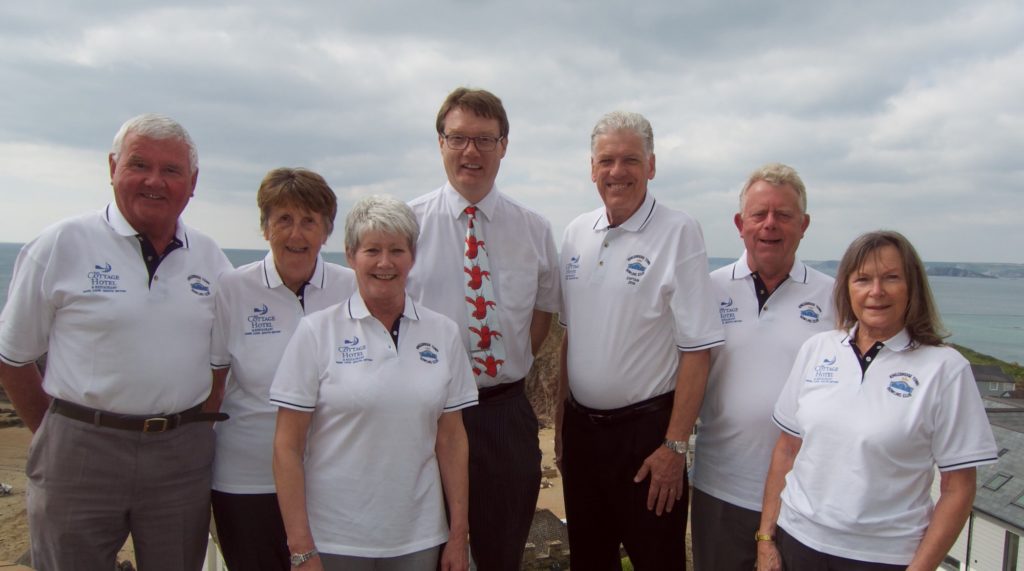 Kingsbridge Town opened the new season on Wednesday when new President Roy Kendall bowled the ceremonial first bowl of the season. It is all change this season as Roy has taken over the presidency from Pierre Verniquet ,David Thorne has assumed the captaincy from Keith Baston and Eric Fitch has taken over as Treasurer from Marion Thorne

Town are pleased to announce that they have a new sponsor for this season as Cottage Hotel at Hope Cove have agreed to provide club shirts.. The shirts were presented by William of Cottage Hotel to captain David Thorne with other committee members as shown on the photograph.