Kingsbridge Town held their Captain’s Day on Sunday in glorious weather. The event is held for charity and the recipient was Cancer Research UK.  It was organised by Captain David Thorne and his wife Marion and it proved to be a most successful afternoon.

To begin with, 5 teams of 3 players played a Round Robin and the eventual winners were Bill Rockey, Eric Fitch and Garth Gregory. Players and guests then joined in 3 fun games. In the first game, players had to bowl to a line across the green and this was won by Colin Baker. Bowls were then substituted by tennis balls  and this event was won by ex Captain Keith Baston who was reminded that he should play with tennis balls in future!  The last event was bowling through a board with holes and this was won by Tony Walters with 21 points out of a possible 30.

All winners were presented with a bottle of wine by the Captain.

provided and prepared by David and Marion.

A raffle was organised by Carole Baston and the star prize of a cream tea at our sponsors Cottage Hotel was won by Sandra Brayne who was presented with her prize by Captain David as shown in the photograph. 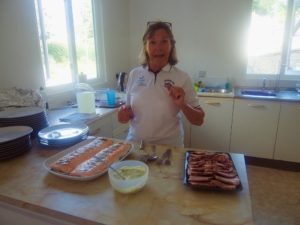 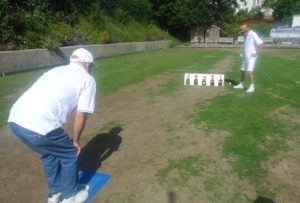 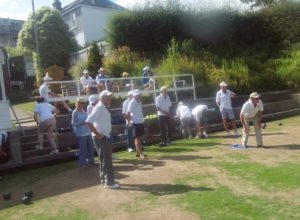 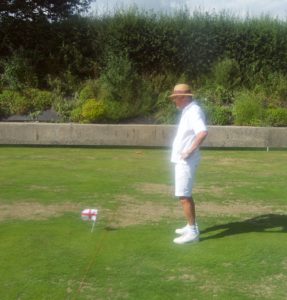